Shaping the future of mobile technology

2019 is set to be another year where mobile technology continues to break boundaries. We take a quick look into some of the trends you can expect to see.

2019, the year of the folding phone. A new type of smartphone design has recently been officially confirmed with the release of the Galaxy fold and also Huawei’s version, the Mate X. Samsung hopes the folding phone will spark new life into a stagnant smartphone market, with the folding phone designed to satisfy the desire for a bigger screen by having a mobile phone that turns into a 7.3-inch tablet. Although both the Mate X and Galaxy fold have been announced, neither company has released a full spec list yet. Despite this Samsung’s version has already come in for early criticism with its design looking chunkier than was hoped for. When in ‘phone’ mode the Galaxy fold also doesn’t fold flat and ends up looking like two phones glued together. Furthermore, the Galaxy’s fold 4.6-inch screen when in phone mode is perhaps on the small side considering the Galaxy S10 and iPhone X boast screen sizes of 6.1-inches and 5.8-inches respectively.

Huawei’s version, however, appears to have more potential. Not only is it more aesthetically pleasing, but it also folds flat and has a much larger screen both in phone mode and when unfolded. 6.6 inches and 8 inches to be exact. On balance it appears as though Samsung may have rushed their folding phone concept just to earn the title of saying “we did it first”. By modern standards, the small screen means its not a true smartphone nor a tablet. Which with a rumoured price point of somewhere between £1,500 - £1,800, means although its an interesting concept, it's probably not commercially viable yet. With Apple rumoured to launch their own foldable phone in a couple of years, combined with the fact, Samsung, Huawei and others will need to refine their initial designs means we probably haven’t seen the end of tablets just yet. However, it wasn’t that long ago that everyone owned an iPod until smartphones replaced them. It wouldn’t, therefore, be that crazy for our smartphones to replace our tablets in the coming years.

The search for the ultimate edge-to-edge screen goes on. Samsung’s Galaxy S10 gets extremely close with their infinity-O display, which introduces us to the ‘hole punch’ feature. Rather than having a notch across the top of the phone Samsung has stored the front-facing camera within this circle cut out in the top right corner. Apple is also rumoured to be ditching their infamous notch in favour of a similar design, but we are not expected to see this on an iPhone until 2020.

Huawei’s Mate 20 was the first phone to announce the ground-breaking wireless reverse charging technology. Essentially this enables you to turn the smartphone into a power bank for other devices that support wireless charging. Something we’ve also seen introduced on the Galaxy S10 and expect to see on the upcoming iPhone.

The other interesting new feature on the Galaxy S10 is the use of Qualcomm’s ultrasonic fingerprint scanner. One problem of having a full screen is the conundrum of what to do with the fingerprint scanner.  Apple decided to ditch theirs altogether for the iPhone X, whereas Samsung moved theirs to the back of the phone on the Galaxy S8 and S9. However, now Samsung has embedded the fingerprint sensor underneath the display. An ultrasonic fingerprint scanner works by bouncing sound waves off your skin. It’ll capture your fingerprint through water, grease, in the dark and in the daylight. Qualcomm claim this is also much faster and more secure than the traditional optical fingerprint sensors. This is because the ultrasonic scanner takes a 3D capture of your finger as opposed to the 2D image an optical scanner captures using light.

2019 has already brought us one of the most exciting smartphone advancements in recent years with the folding phone. Although we don’t expect this technology to catch on just yet, it has definitely given us an insight that the convergence of smartphones and tablets is possible. Yet, for now, as technology continues to advance, all we can do is continue to speculate on where mobile technology might take us in two or three years’ time. 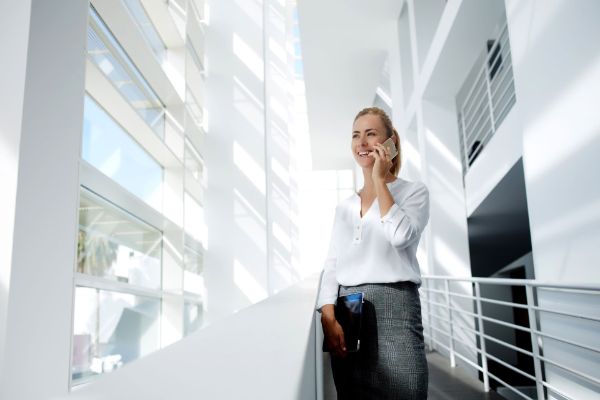 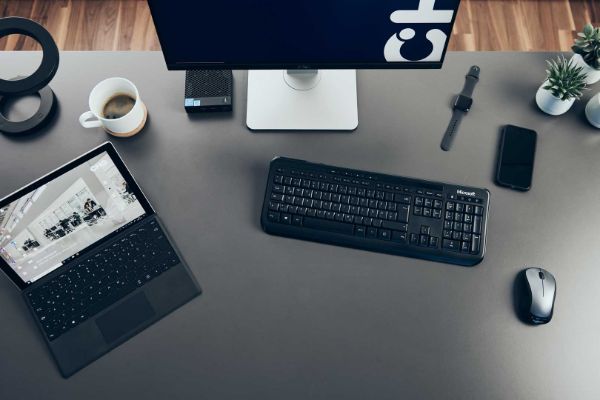 Device as a Service, also known as Hardware as a Service, combines state-of-the-art technology, full lifecycle services and CHG-MERIDIAN's market expertise to enable one simple workspace cost for your business. 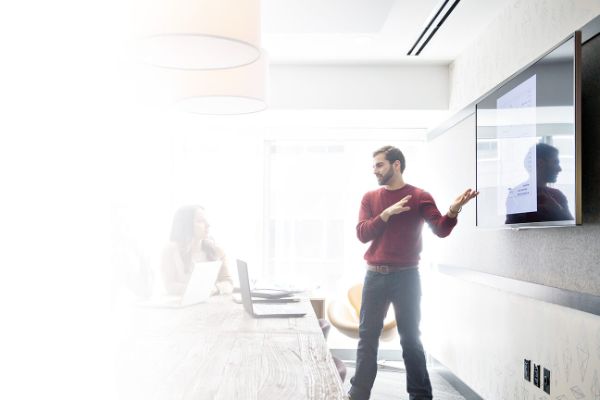 CHG-MERIDIAN's Digital Signage Solution allows businesses to effortlessly promote their product, service or content via attractive digital screens. Whether it's a large format display, medium format display or even electronic shelf labels your business is looking for, CHG are here to provide the solution.